Hiroko Matsushita – Japan through the eyes of a female artist 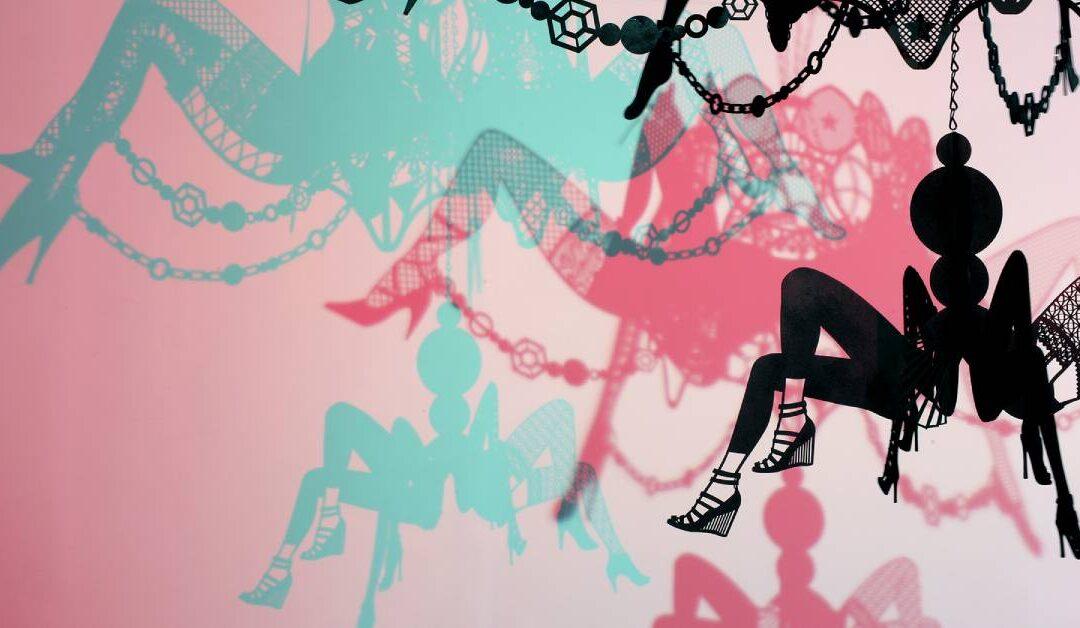 Our content editor, Réka Koleszar interviewed Hiroko about herself and her work. In this article, she tells us about an important stage at the beginning of her career inspired by personal experiences.

Growing up and living in Japan, Hiroko has had first-hand experience of a conservative and patriarchal society that often side-lines women. While modern and open in many respects, gender equality and the general perception of women in Japan still retain relics from a time gone by. As of 2021, Japan ranks 120 out of 156 countries in the World Economic Forum’s latest Global Gender Gap Index Report.

The situation is changing, however slowly, but to a large extent it is thanks to artists like Hiroko who bring attention to this issue and encourage Japanese people to reflect on their own culture.

How did you get acquainted with the concept of feminism?

My career as a female artist only began in my early thirties. Before that, I was a sales manager in Tokyo, working long hours every day in a very male-dominated office. In my late twenties the pressure on me to get married was growing, and I also knew the way of working was not sustainable. There were only a handful of female colleagues and most of them moved to the other administrative department after having a child, due to the working hours. Without a role model, I felt like I was reaching a dead end.

When I finally made the move and flew to the UK to shift my career, I felt that I was liberated from many pressures. I saw the diversity of European women’s lives and realised I can be as I am. During my master’s, I started to look at my own inner conflicts and discomfort that I felt as a woman in Japan and I became more aware of gender-related issues looking at Japanese norms more critically. Art gave me a way to look into Japanese society from a different perspective and question what I believed.

How did moving to Europe contribute to your aesthetics?

What I realised was that the quality of the work in the West is not only determined by the technique but also very much by the concept and context. On the other hand, in Japan, the focus is often on visual quality and technique since there is a long history in craft.

With detailed craft, much of my work has been described as ‘delicate’. I also started seeing this delicacy and fragility of my work as overlapping with the femininity that is normally portrayed in Japan. That made me aware of a deeper concept of the female subject other than making eye-pleasing work. I want to embed the ‘darkness’ of femininity into my work.

Why do you think this is a specifically important topic in Japan?

There are things in Japan that are right in front of us yet we don’t discuss them or we pretend not to. There are many situations in which women are uncomfortable, unfair, harassed, and violated.

However, we don’t talk about it as an issue very much. We pretend not to see because it happens way too often, or it is labeled too sensitive to talk about. I admit that I was also one of them, just tried not to bother about it and bury what happened.

Now I see that this ‘acceptance’ of how things are is very Japanese and part of the problem that contributes to the bigger issue.

One of your earliest works in this theme got the title ‘Valued’. Could you tell us more about it?

It was my Master’s project in 2012, which consists of a set of two artworks: a chandelier and an object that looks like a wedding cake. This work is based on the theme of female beauty and sexuality reduced to value. The complex interplay of issues such as marriage, childbirth and the commercialisation of sexuality is expressed through delicate lace-like layers and the shadows that arise from them.

My first inspiration came when I saw beautifully decorated cakes displayed in a showcase, waiting to be chosen. The way in which only the good-shaped strawberries are on the top of the cake is akin to a popular female idol being able to take centre stage. This also reminded me that the word ‘Christmas cake’, which is no longer sold after 25th December, was used in Japan in the early 90s to allude to unmarried women over 25 years old: ‘leftovers’.

I used cut-outs to illustrate several issues, for example: lookism, desire for marriage, commodification and stereotypical images of women. These cutouts were combined together to form an object. Shadows and mirrors were also part of the exhibition as a contrast to the real object, to express doubt about existing values.

Another work entitled ‘Eat me, Choose me’ also tackles this issue. How did you feel about that exhibition?

One of the venues I got for this exhibition was a cafe, which gave me an idea to interact with the audience by creating cutout felt coasters. I took a challenge to work with words for the first time as well as using felt instead of paper. My intention was to slip phrases into the conversation and start dialogues over a coffee.

Some of these phrases originally came from conversations with my friends. We were talking about the sexual violence revealed by a Japanese female journalist and the gender discrimination in university admissions in Japan, which was widely in the news at the time.

In another venue, I exhibited an artwork in the form of a book that reflects dualistic elements of tales such as good/evil, young/old, or happy/unhappy. This book uses both sides of the paper from the viewpoint of inside/outside and known/unknown. This suggests that a story can be changed by a different teller and the fact that there is a hidden story we never know.

Although I couldn’t be present at the venue after the opening to see the audience’s reaction, it was fruitful for me as we also had an online discussion about these issues.

Who is your audience?

My work is for everyone. It is to me and it is to someone. Maybe the primary audience in my mind is female because I want to give a voice to our experiences and amplify the many layers of femininity.

The issue is slowly changing in Japan and more and more people are becoming confident to talk about it and make their voices heard. I want to inspire my audience, as a female artist, to reflect on today’s society and how women are treated, and I want to encourage women to speak up and discuss.

Which is your favourite creation under the feminism theme?

If I had to pick one, I would say ‘Valued’, although I am not totally satisfied with this work. I felt that I put too many elements in it, which in turn weakened the message.

However, this work was an important starting point for me to move away from illustrative work and to confront my own femininity and social issues. 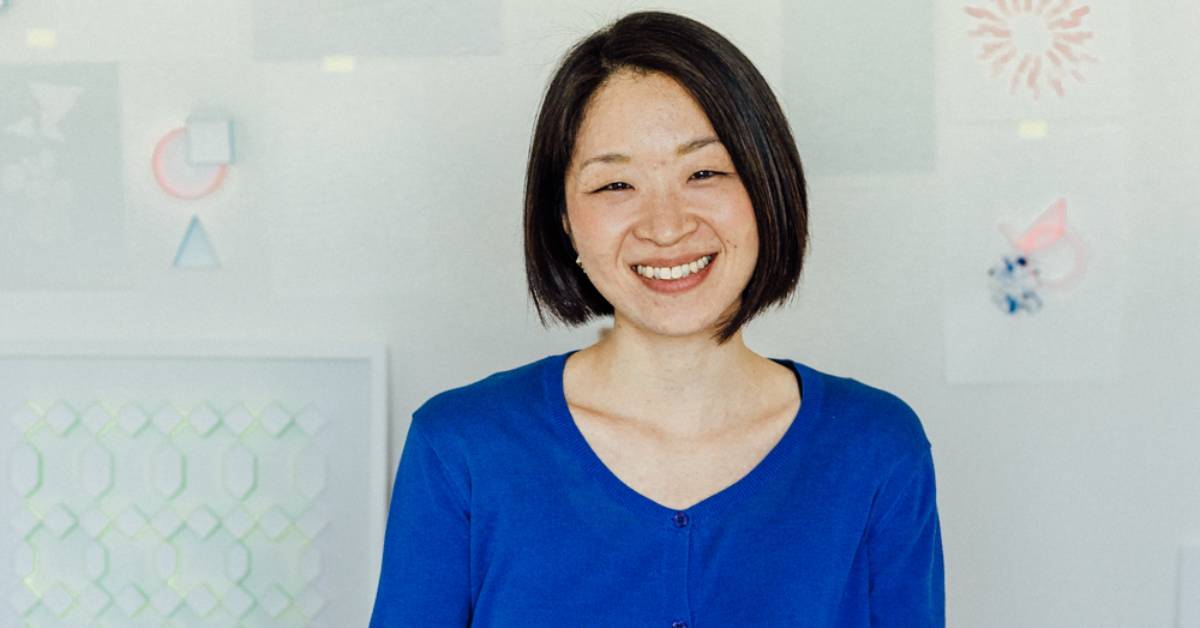 Click here to read the first part of Reka’s interview with Hiroko Matsushita. 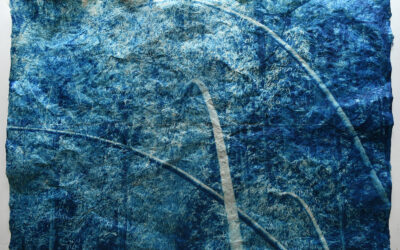 The Japanese artist Mika Horie made her way to the Dutch art scene with cyanotype photographs that connect tradition and sustainability.

De Bibliotheek Utrecht organised the Manga and Japanese Culture Week in the Neude library. JACCU was one of the co-organisers.

Summer is in full swing and we’re all feeling th

As June is coming to an end, we’re taking a prou

Yesterday we were in Amstelveen to enjoy the Japan

ICYMI: Ceramic artist Anne Sey had her work on dis

You've probably heard the buzz about "Drive My Car

Not only did we connect with new friends and artis

JACCU is happy to share an exciting music event th

With 3 and a half months to go till our exhibition

There were so many great moments between the audie

We really felt the power of music all last week le

We learned so much at the beautiful Ikebana demons

Did you know that our dear friends from MangaKissa

Are you a fan of Studio Ghibli films? Our new fr

Last Saturday, our 五感 Gokan event got on a tru

Our 五感 Gokan event has already come to an end,